The container ship blocking the Suez Canal may not be moved until next week or even several more weeks' time - and there are fears the incident could cause delays for UK-bound deliveries.

Efforts have resumed to free the 400m (1,312ft) Ever Given as eight tug boats worked to drag the huge vessel to deeper water after it ran aground and blocked transit in both directions through one of the world's busiest shipping lanes on Tuesday.

The ship's operator and Egyptian officials blamed winds gusting up to 30mph, along with a sandstorm sweeping the area, for the vessel getting stuck diagonally across the 205-metre wide canal stretch.

Dredgers are also trying to clear mud and sand from underneath it in the hope it will eventually dislodge. 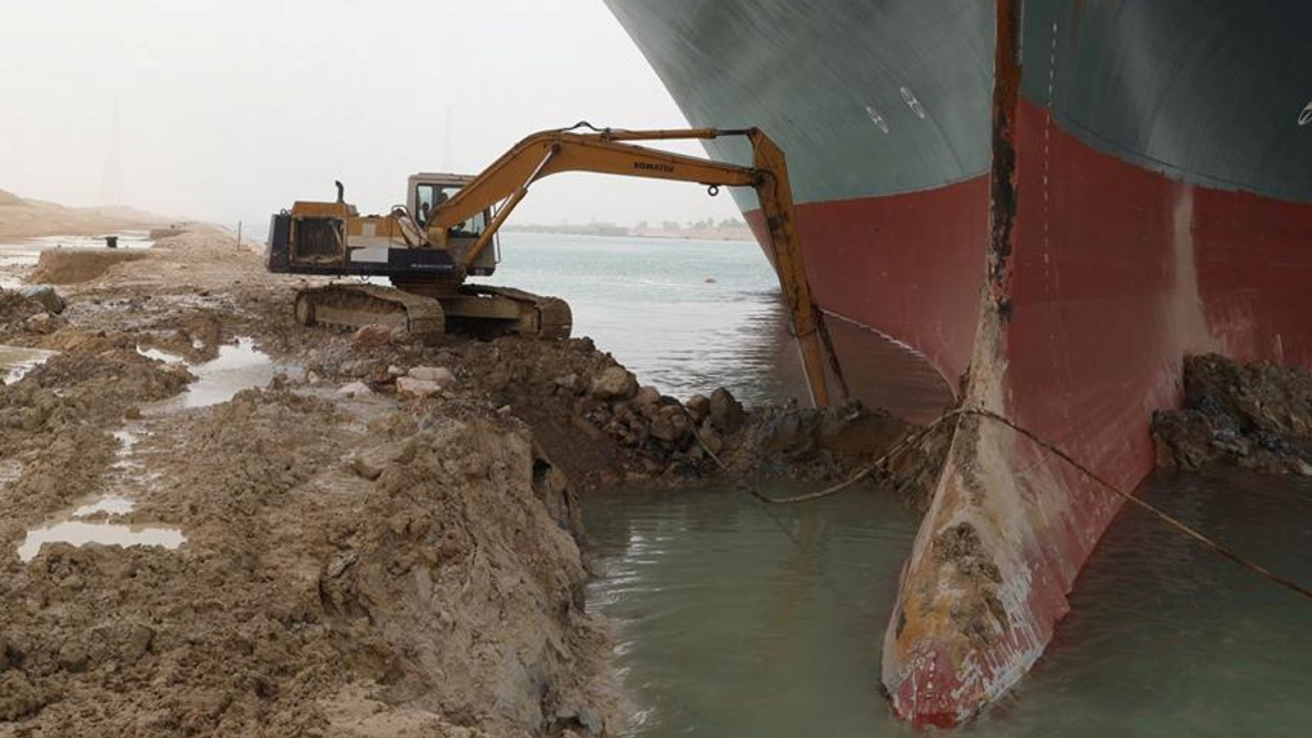 At least 150 vessels, including other container ships carrying oil, gas and grains, are backed up either side of the blockage in Egypt, resulting in one of the worst marine jams the world has seen in decades.

The company trying to free the ship has said it might take "weeks" to move the Ever Given, which may mean the other boats are forced to reroute.

"We can't exclude it might take weeks, depending on the situation," chief executive of Dutch firm Boskalis, Peter Berdowski, told the Dutch TV programme Nieuwsuur.

The Japanese owner of the Ever Given, a company called Shoei Kisen Kaisha, has apologised for the disruption and said work to free the ship "has been extremely difficult", adding it was not clear when the vessel would float again. 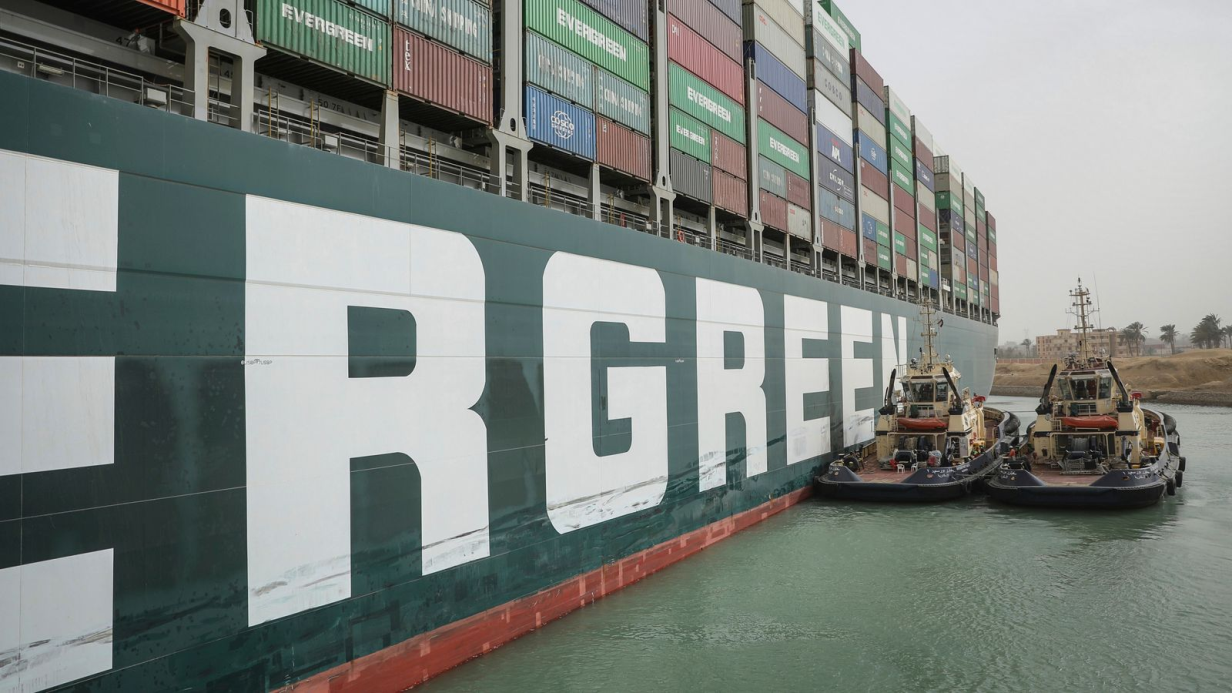 The Panama-registered ship had left China and was heading towards Rotterdam in the Netherlands when it became stuck.

Evergreen Marine, the company leasing the vessel, said the ship owner told them it "was suspected of being hit by a sudden strong wind, causing the hull to deviate from the waterway and accidentally hit the bottom and run aground".

The Suez Canal Authority said in a statement it had lost "the ability to steer amid high winds and a dust storm".

According to marine agent GAC, it suffered a blackout when it was travelling northwards in a convoy. 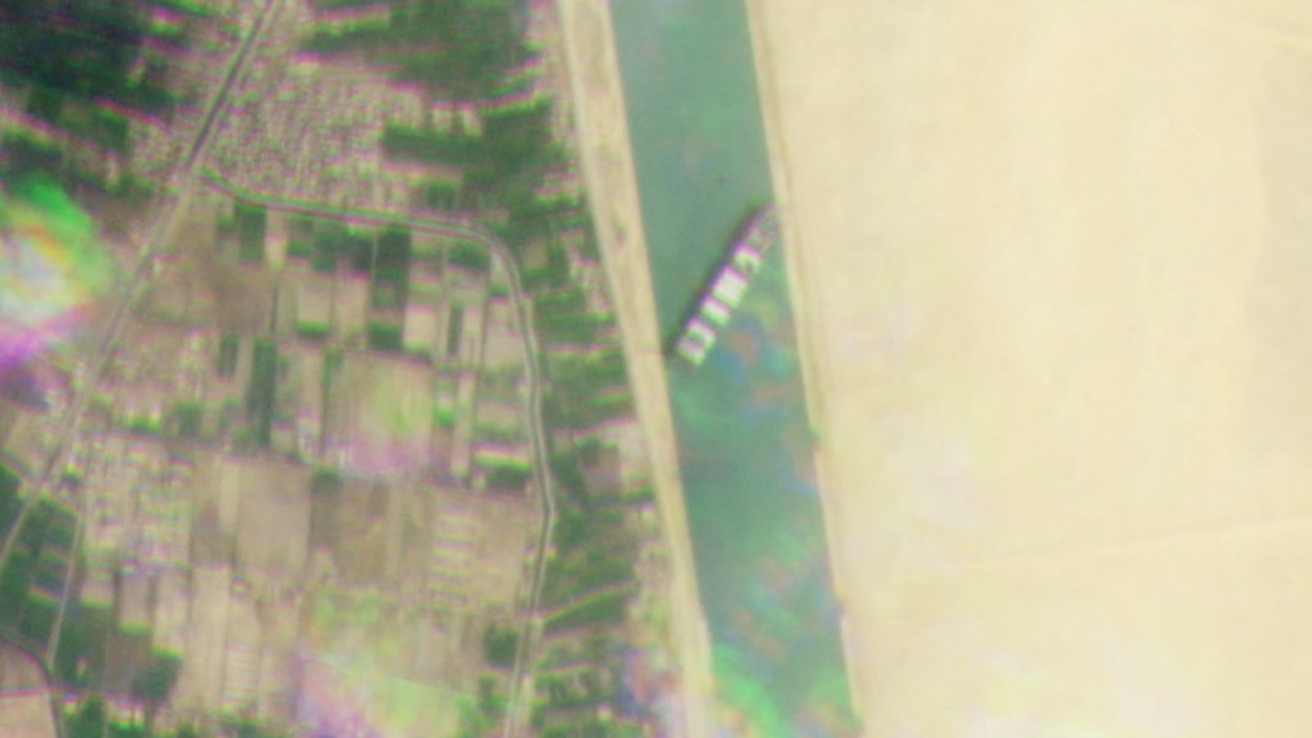 This week is not the first time it has been involved in a crash, however.

In 2019 the ship ran into a small ferry moored on the Elbe River in the German port of Hamburg in high winds, severely damaging the ferry.

Around 30% of global container shipping volumes pass through the Suez Canal each day.

The current blockage is having a dramatic knock-on effect to world trade transportation costs and oil prices.