Shipping Costs Are Spiking. What That Means for Inflation?

Shipping Costs Are Spiking. What That Means for Inflation? 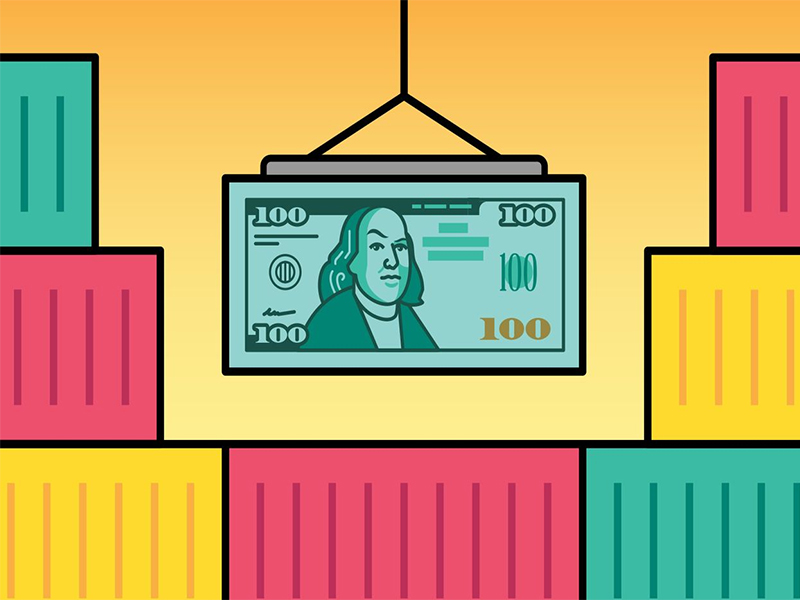 Locked-down consumers are spending more on goods—mostly made overseas and transported on container ships—than on services. That, plus pandemic-related shipping disruptions, have sent costs spiraling. The Baltic Dry Index, a measure of rates to move dry goods, is up 128% in a year and nearly 60% since early December, boosted by China, the world’s largest exporter, reopening its industrial economy.

That has been a boon for shipping lines, which have seen profit margins widen. Shares of Maersk and Cosco Shipping Holdings are up 92% and 195%, respectively, over the past year, and Triton International, the world’s largest lessor of containers, has seen a 36.5% total return in a year.

Normally, higher shipping costs mean higher retail prices and inflation. Bond yields have risen to price in higher inflation since the fall. But shipping is unlikely to ignite cost-push inflation. “First, the increase in shipping costs is likely to be partially absorbed within wholesale and retail margins,” writes Capital Economics group chief economist Neil Shearing. “Second, while it’s difficult to be precise, the most affected goods are likely to account for a relatively small share of the overall [consumer price index] basket.”

Shearing estimates shipping costs at only 5% of retail prices. So, the past eight months’ doubling has added only about that much to the cost of goods, with consumers probably seeing only some of that. A weaker dollar also offsets higher shipping costs for non-U.S .importers. Then there’s the upcoming Chinese New Year, when factories shut down and exports fall. That could ease upward pressure on rates. The biggest relief? An end to the pandemic, with consumers spending again on services.